Alan Platt is the external keynote speaker on both days of the consultation. Please find information below: 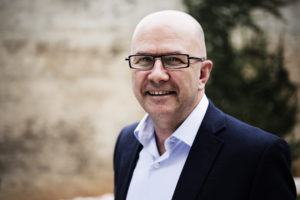 Alan Platt is an agent of transformation in the lives of individuals, local churches and corporate structures of society. He has been full-time in Christian ministry since 1983, serving the church on various levels. Under his leadership, Doxa Deo has been birthed and is currently serving 30000 people in eleven different campuses functioning as one integrated church in the city of Pretoria.

Alan has led the charge to create a Kingdom Partnership program for leaders and ministries globally who relate to the vision, values and the model of the Doxa Deo ministry. This program is called the City Changers Movement of which he is also the visionary leader. He is also currently functioning as the lead architect of the Church United program in South Florida USA, which is bringing churches together in collaboration in the region, within the  Miami/Dade, Broward and Palm Beach Counties.

Through Alan’s primary gifting of leadership and teaching, he has not only established an exceptionally dynamic leadership team in Doxa Deo, but he has also influenced a wide spectrum of organisations, denominations and church networks internationally. His influence extends beyond the church to the influencing of the business sector, education, and society at large.

Alan is married to Leana and they have two adult children, Duncan and Amy.

More info about Alan at AlanPlatt.org

Back to the main Amsterdam City Consultation Page,

Networks in Amsterdam have worked on a church guide for Amsterdam and its surroundings. This brings together the information of churches in Amsterdam and is available online for seekers of a church, but also for collaboration and research.
Click here to access the online directory